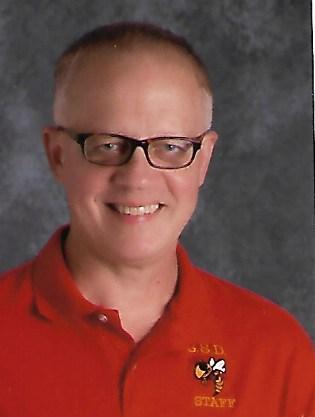 Rick attended Edinboro University and earned his Bachelor of Science in Education degree in 1981. He earned a Master of Education degree in 1987 and a Master of Arts in Communication Studies in 2007. He ran both Cross Country and Track for legendary coach Doug Watts. Rick was a three-time PSAC champion in the 800 meters. He competed at the NCAA D-II Championships earning All-American honors. He set the school 800-meter record his senior year at 1:49.23, a mark that still stands over 35 years later. Rick is a member of the Edinboro All-Time Track and Field team, and in 2001 entered the Edinboro University Athletic Hall of Fame.

Rick started teaching in 1982 and joined the Girard School District in 1989. He has coached both Cross Country and Track at all levels from junior high through college, assisted with theatre production, and helped negotiate six contracts for the Girard Federation of Teachers.

Rick joined the Masonic Lodge in Girard in 1982, joined the Elks Lodge in 1985, and joined Zem Zem Shriners in 2009. He served on the Board of Directors for the Americo Federal Credit Union. He is a member of the SONS of the American Legion in Girard and a charter member of Engine House 39 in Edinboro.