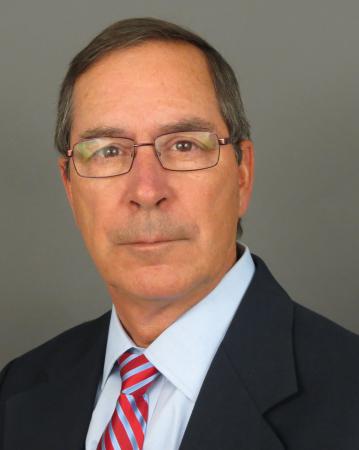 Robert Dobson graduated from Rice Avenue Union High School in 1972, third in his class. A three year member of the National Honor Society and a fixture on the athletic fields, Bob received numerous awards throughout his playing days including 1st Team All-County Basketball, and 2nd Team All-County Football and Baseball his senior year. He is very proud to have started for the 1971 Erie County championship basketball team and quarterback his senior year's undefeated football team. Â Bob earned 10 Varsity Letters, a record he shared with one of his beloved coaches. Upon graduation, he accepted a congressional appointment to the United States Air Force Academy in Colorado Springs, CO.

At the Academy, Bob continued to excel in and out of the classroom.Â  He was a 2 year member of the baseball team and named to the Dean's List all eight semesters. He graduated in 1976 on the prestigious Superintendent's List, an honor reserved for those cadets who excelled in leadership, character, academics and athletics, and was commissioned a 2nd Lt in the United States Air Force.

Bob began his flying career in 1976 at Williams AFB, AZ.Â  Upon graduation he was assigned to Norton AFB, CA where he led crews on worldwide missions flying the Air Force's premier four engine global transport, the C-141. In June 1980, he was reassigned to Columbus AFB, MS where he held a variety of training and standardization positions including T-37 Check Airman and Wing Standardization Pilot. He returned to C-141's in 1984 as instructor pilot and Executive Officer to the Vice Wing Commander, Travis AFB, CA.Â  In August 1987, Bob returned to the Air Force Academy as Operations Officer for the Flight Indoctrination Program, supervising 85 instructor pilots responsible for screening and mentoring over 1,200 future Air Force pilots. In 1989, he was named the USAF Academy's Field Grade Officer of the Year. Following schooling, Bob served as Chief, Air Operations, Quarry Heights, Panama, coordinating military flights in 19 sovereign nations. He returned to active flying in 1995 at Travis AFB, CA directing a 65,000 hour annual flying program valued at over $300M.Â  Lt Col Dobson ended his distinguished military career in 1998 as Commander, Airfield Operations, Maxwell AFB, AL.Â Â

Bob continued his love of flying with Aviation Development Corporation; an industry leader in airborne sensors and electronics, flying covert, classified missions over South America. He has flown for Gulfstream Aerospace's elite sales demonstration department, presenting business aircraft to potential buyers. In 2004 Bob began flying charter flights for Executive Jet Management, the largest charter management firm in the US.Â  He assumed his current position as Director of Aviation and Chief Pilot for Thornburg Investment Management, Santa Fe NM, in November of 2007. Having logged over 10,000 flight hours in a variety of jet aircraft, he holds the FAA's highest rating of Airline Transport Pilot and has the enviable distinction of landing an aircraft on all seven continents.

Bob holds a Bachelor of Science degree in Management from The US Air Force Academy and a Masters of Business Administration from Mississippi State University. He is a graduate of the Air Force's Squadron Officer School, Air Command and Staff College, and Air War College.

Married to the former Terrianne Wallace of Colorado Springs, CO; they have two children, and four lovely grandchildren.