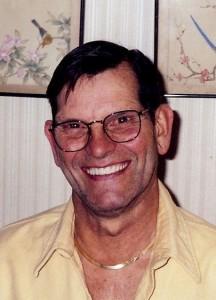 Robert Dunn was born in 1934 and raised in West Girard. He started school in a one room school house in North Girard and completed his elementary years there. He graduated in 1952 from RAUHS where he loved playing football.

He married Isobel "Izzy" Wilson and had three children. He went to work continuing his education in the electronics field. He moved his family to California and worked on several government projects. Eighteen month later, a very homesick Bob Dunn moved his family back to Girard. He always was a small town boy at heart.

As a rambunctious youth himself, he didn't always steer clear of mischief, and may have had a soft spot for the underdog. With the influence of his wife and friends, particularly Jerry Miller, he set out to make things better for his family and community.

Robert was a Deacon in the First United Presbyterian Church, Cub Scout Treasurer, Committeeman and Leader. He was also a member of the Masonic Lake Erie Loge and a Little League baseball coach. Robert was a Treasurer and Director of the Northwest Jaycees as well as committee chairman for the Bicycle Rodeo, Junior Champ, Thanksgiving Needy Fund and Annual Christmas Raffle. He served as a member of the Girard School District Board. Robert was also involved with the West Erie County Family "Y" when it was located at the Divine Word Seminary.

As anyone involved would attest, Bob was instrumental in the inception of the Tri Boro Little Gridders program in 1969. However; he would be the first to say that hundreds of other community members contributed to the start of what is now a tradition rich with memories and game heroes from multiple generations in the area. He helped rejuvenate the program in 1989 to make sure it didn't stop being offered to the many youths who benefited from learning to be a "team player".

When an individual comes from such humble beginnings they could choose a much less desirable path and it would be expected. Bob Dunn chose to rise above expectations, to better himself, and then make life better for others, particularly the young. Many of the 50 something's in our community will have a memory of scouting, Little Gridders or some other organization that Bob had his hands in that helped them change their history, do better or simply stay the course. He would be humbled to know his impact and that would be life come full circle.