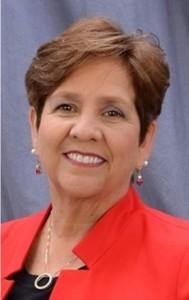 Jeri Dunn is a 1972 graduate of Rice Avenue Union High School. While a student at RAUHS Jeri was fortunate to have some outstanding teachers who provided her a strong academic foundation. They taught her how to learn and study and the concept of "continuous learning" which she has never stopped using. As a student who disliked math with a vengeance, Marilyn Wintrode insisted she excel at Algebra. As a student who loved English, Mr. Raymond Pegg brought a new dimension with his Multi-media class. Jeri loved being a cheerleader, participating in plays, band, chorus, and a variety of other activities.

In 1978 as a single mother with two small children, Jeri was determined to get a degree that would enable her to support her daughters. She enrolled at Edinboro State University to pursue an Associate's Degree in Computer Technology. Jeri didn't realize this curriculum was heavily skewed towards logic and math. With a tremendous amount of effort and encouragement from her parents and professors, Jeri graduated in 1981.

Jeri's hard work paid off as she has enjoyed a career working for some large and even international companies as a Senior Executive leading IT and Business Transformation projects. Jeri was the first ever CIO at Bacardi and was tasked with leading a project to develop common business processes and implement SAP, a very popular commercial software package. Additionally she built a team in Geneva, Switzerland with members from 14 countries. While at Tyson Foods she managed the entire applications and technology portfolio for the $26 billion dollar company. At Nestle, Jeri had two distinct roles. She moved to Vevey, Switzerland to take her first international assignment. Jeri was the first American female to be named an officer of the company. Her team, Global Technology and Standards, selected all of infrastructure products. Six years later she returned to the United States as the CIO of NestlÃ© USA and led a large business transformation project combining nine autonomous operating units into a single $12 billion company. In 1999, Jeri represented Nestle at the Senate Sub-Committee hearings in Washington DC on the readiness of the food industry for "Y2K".

Since 2011, Jeri has dedicated her time doing Executive Coaching and Mentoring for "up and coming" business professionals who aspire to a key leadership or CIO role through Boston University and CIO Executive Councils' Pathways Program. She participates in Deloitte University's Partner and Senior Director training. She feels her greatest legacy is a highly qualified, "next generation" CIO talent pool.

Jeri has long been an advocate of women in business. She was a co-founder of the Arkansas Chapter for Women in Technology and North West Arkansas Chapter for Network for Executive Women â€“ honored in 2005 as one of three "Champions", and inducted into their first "Hall of Fame" in 2011. She has been an advisor to many businesses and universities. She is an active member of the Springdale Presbyterian Church, Outreach member, and Volunteer at the Christian United Food Pantry. Jeri loves to read, cook, travel, and play golf (poorly!). She is married to Nasser Farshchian and very proud of her two daughters and six grandchildren.