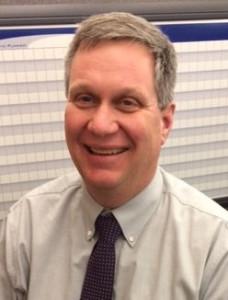 Edward Mattson is a 1977 graduate who played baseball for Girard High School and attended the Erie County Vocational School in Electronics. He started dating his wife Debby Twichel after a dare to ask if he could give her a birthday kiss at a dance and they have been best friends ever since. He was a member of the second graduating class of the new Girard High School. Several fond memories of school at Girard were having the privilege of attending Battles Memorial School where 'everything' leaked, lunch in the basement was unique and the grand staircase was cool to slide down, along with going half days to Rice Avenue while the new high school was completed. Another memory was waiting for the Tech bus and being hushed by Mr. Pegg in the staircases every morning at the new school. Ed enjoyed supporting just about any sporting event and relished the time learning from Coach Larry Potash. Since he attended Vo-Tech and wanted to pursue a degree in Electrical Engineering, he needed to augment his schedule with several additional math classes and would like to thank Mr. Broad and others who assisted in making that a reality.

Ed attended Gannon University and graduated in 1981 with an Electrical Engineering degree. Upon graduation, he accepted a position with IBM Corporation in Poughkeepsie, New York. After becoming a Staff Engineer in 1988, Ed, Debby and his first two daughters relocated to Harborcreek, Pennsylvania where he accepted a position in the IBM Sales Organization selling Engineering software. In 2010, IBM divested their interests in the Engineering Software Business to Dassault Systemes Americas were he remains today as a Senior Client Executive, supporting clients like Goodyear, Alcoa, Parker, Eaton, and Rockwell Collins. He has been recognized with many IBM Hundred Percent Club President and Leadership Conference awards, recognizing his outstanding sales accomplishments. His most prized awards are the ones that he shared with his wife.

He has been attending Erie First Assembly of God since returning to the Erie area, volunteering in the nursery, Royal Ranger ministries, ServeErie, a mission trip to Paraguay and is currently a lead usher. Ed became involved with the Harborcreek Little League Program and coached all eight of his children as they progressed through the program for a total of 19 years. At the same time, he also enjoyed coaching in the YMCA Youth Basketball program and was head coach of the Harbor Creek 5th and 6th basketball team for several years. This migrated into assisting the Harbor Creek High School Basketball team. Ed was also led to volunteer at Inspiration Time Incorporated (WCTL/106.3 â€“ Christian Radio Station) where he was elected as President of the Board in 2005.

Ed has spent his life loving Jesus and trying to instill that same love in his children. He and Debby have been blessed with eight children (Jessica, Bethany, Gillian, Valerie, Lucas, Isaac, Zachary and Gabriel) as well as five grandchildren, with two more grandchildren due in 2016. After all those years of coaching and parenting, the most rewarding accomplishment is observing not only his children but those that he has had the pleasure of interacting with, through sports or ministry, grow into outstanding young people.