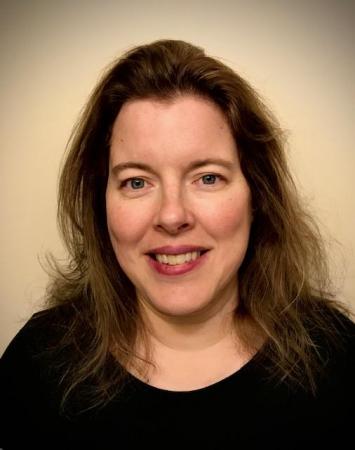 Growing up in Girard, Christine received a great education and developed a desire for lifelong learning. While at GHS, Christine enjoyed the challenge of physics classes with Dr. Henderson. The optics that she learned in high school physics is still applied to the cataract surgery that she performs today. Voted "Most Likely to Succeed" by her classmates, Christine Chizmar graduated from Girard High School as the Valedictorian in 1991.Â

Christine was thrilled to attend Penn State University. While at Penn State, Christine was recognized on the Dean's List every semester. She was inducted into Phi Beta Kappa, Golden Key National Honor Society, and AED Premedical Honor Society. She applied her love of physics to research on the visual system in college, culminating in her thesis "Impairment of the Superior Colliculus Suspends Reflexive Orienting". Christine graduated from Penn State with Honors in 1995. She then began medical school at the Penn State University College of Medicine. She quickly became interested in surgical fields of medicine, especially Ophthalmology. Christine was recognized as a member of the AOA National Medical Honor Society, received the AMWA Award for Academic Achievement, and the Award for Excellence in Ophthalmology.

Christine began her Ophthalmology Residency at Penn State Department of Ophthalmology in 1999. It was during residency that she developed a love for cataract surgery and restoration of vision. In 2003, she elected to further her training, and she completed a Glaucoma Fellowship at the prestigious Bascom Palmer Eye Institute in Miami, Florida, ranked the best eye hospital in the world.

Initially, she joined the Ophthalmology faculty at the University of South Florida in 2003. During her years at USF, she distinguished herself as a leader in residency education and patient care. Dr. Callahan was recognized by Super Doctors, Best Doctors in America, and received the Resident Surgical Teacher of the year award.

Dr. Callahan moved to Hershey, Pennsylvania in 2010 to join the faculty at Penn State Hershey Eye Center, as an Associate Professor of Ophthalmology. She continued her love of residency education through her role as Associate Residency Program Director for Surgical Education and received an educational award for her nationally recognized cataract surgery curriculum. She serves on the HOSC Patient Safety and Quality Committee and is a member of the Executive Board of Directors. Throughout her career thus far, Dr. Callahan has trained 67 residents in Ophthalmology and cataract surgery.Â

Christine married her college sweetheart, Eric Callahan in 1999. Her proudest accomplishment is her family, including their three sons, Mason (16), Sean (14), and Christopher (11). Her career achievements were only possible due to her parents, Connie and Steve Chizmar, and her amazing husband, Eric, who gave up his career to stay home to raise their children. He has been endlessly tolerant of many a sleepless night on call, and provides constant support. When Dr. Callahan is not at work, she can likely be found on a baseball field, watching her sons play ball, with her husband coaching from the sidelines.