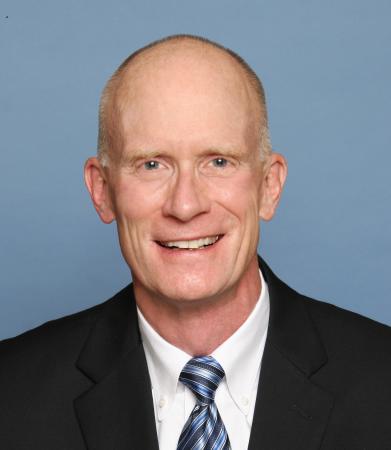 Christopher Larson is a 1970 graduate of Rice Avenue Union High School. He served as President of the National Honor Society and was a member of the basketball, track and field, and cross-country teams while in high school.

Chris attended college at Alfred University in western NY where he majored in biology and took numerous chemistry classes. He was a member of the AU track and field team.

In 2000, Chris became the Chief of the Anesthesia Department at Windber (PA) Medical Center. A capacity in which he served in for 2 years.

In 2002, Chris took a job at Hamot Medical Center in Erie. He has served as the Assistant Chairman of the Anesthesia Department, the departmental Quality Improvement director, and as an officer of the hospital's Medical Staff Committee including 3 years as the Medical Staff President. His involvement with the Medical Staff Committee occurred during the crucial period when Hamot transitioned to become a UPMC hospital. Chris continued to provide his anesthesia expertise for open heart, vascular and lung procedures until his retirement in 2020. Over the course of the last 30 years, he estimates that he has provided anesthesia for approximately 2,000 open heart procedures. Chris also taught heart and circulation physiology at the Gannon-UPMC Hamot School of Nurse Anesthesia.

Chris has been happily married for the past 45 years to Patti Larson and has 3 sons, Kurt, Ryan and Craig, and 3 grandchildren. His free time is spent bicycling, kayaking, cross-country skiing and flyfishing. He is a board member of the Pennsylvania Steelhead Association.

Chris left Alfred University after 3 years but earned a Bachelor of Arts degree in 2002 receiving credit from courses he took in dental and medical school. Chris and his oldest son, Kurt, graduated from Alfred University on the same day.