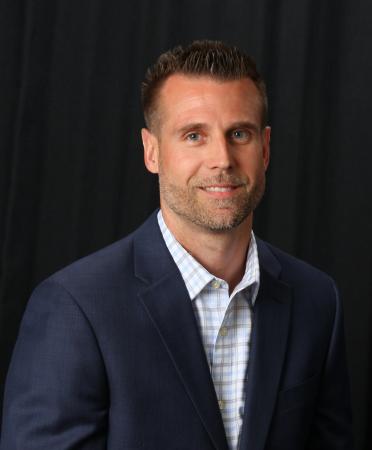 Brian Polk is a 1996 graduate of G.H.S. Brian transferred to Girard in February of 1994 from North Carolina. That spring he joined the track and field team, where he went on to win the Erie County, District 10 and State Championship in Long Jump. That fall Brian joined the football team where he helped them win their first football game in several years. Unfortunately, his season was cut short due to a leg injury. At the time of the injury, Brian was leading the Erie County league in rushing yards. Brian went on to recover from his injury in time for the 1995 track season where he was able to win the Erie County, District 10 and State Championships, again in Long Jump. That year he set the District 10 Long Jump meet record that still stands today, over 20 years later. The fall of Brian's senior year, he helped the football team win several games. During his senior year of Track and Field, Brian was able to win the Erie County and District 10 Championships in Long Jump, which made him a three-time champion for those respective meets. However, he was unable to win the State Championship again but managed to bring home second place.Â

Brian continued his education and athletic career at Slippery Rock University, where he attended on a football scholarship. Brian's made an immediate impact, where he was ranked in the top 10 in the NCAA for Division II for average yards per return for punt and kick returns. Brian's sophomore season, he earned a starting cornerback position and help guide Slippery Rock to three consecutive PSAC Championships and NCAA playoff berths. Brian was also selected as the Conference Defensive Play of the Year his junior season followed by receiving All-American honors during his junior and senior seasons. After his eligibility in football was up, Brian decided to try his luck at Long Jump again even though he had not long jumped since high school. During his first track meet in college he set the Slippery Rock school record and qualified for the Division II National Track Meet. Brian went on to graduate from Slippery Rock in 2001. Brian was also recently inducted into the Slippery Rock Hall of Fame.Â

Brian currently works in the energy industry working as a Petroleum Landman. During his time as a Petroleum Landman he's had many responsibilities ranging from project management to acquisitions and divestures of assets. He is an active member of the American Association of Professional Landman and the Michael Late Benedum Chapter of the Association of Professional Landman.

In Brian's spare time he likes to give back to his community of Canonsburg by donating his time chaperoning his daughter's school's activity nights and assisting with his church's summer festival.