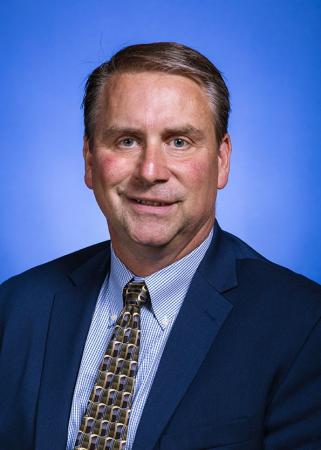 Brian Abbott is a 1979 graduate of Girard High School and the ninth of eleven children in the Abbott clan. If you didn't know Brian, you likely knew one of his 10 brothers and sisters who all resided, at one time or another, in the family home on East Main Street in Girard.Â  A member of the National Honor Society and considered a true all-around athlete, Brian excelled in baseball and swimming during his high school years.Â  In baseball, he was a three-year letterman, team captain, and represented GHS on the All Erie County 1st team as a catcher.Â  Brian also excelled in the pool where he was team captain, a four-year letterman, and a 1st team all-county selection in a number of different events.Â  Showcasing his diversity, Brian set school records in six different events including the 500 yd. freestyle, 100 yd. butterfly, and 200 yd. individual medley.Â  Many of those records stood for decades with two of them having withstood the test of time for 38 years until being eclipsed in 2016.Â Â

After graduating with honors from GHS, Brian attended Indiana University of Pennsylvania where he continued his swimming and water polo career.Â  In recognition of his leadership skills, he was elected team captain by his teammates and coaches for his junior and senior year at IUP.Â  He earned Eastern All-American status in Water Polo representing IUP in tournaments against teams from the Big 10, Ivy League, and the US Naval Academy.Â  At IUP, Brian went on to earn his bachelor's degree in Finance and a Master's degree with honors in business administration.

Brian began his professional career in 1984 with the Pittsburgh-based Westinghouse Electric Corporation and has enjoyed a distinguished 33 year career with Westinghouse as a finance executive.Â  With nearly 10,000 employees located at more than 75 sites across the globe, Westinghouse is considered the worldwide leader in the supply of Nuclear Technology, Nuclear Services, and Nuclear Fuel to the commercial nuclear industry. The company is the original equipment manufacturer for 62 out of 104 licensed reactors in the US.Â  There are also 48 Westinghouse designed reactors in operation outside the US.Â Â

During his career, Brian has held a variety of executive leadership positions at Westinghouse including Controller, Global Nuclear Services, Director, Enterprise Financial Planning & Analysis, and is currently the Chief Financial Officer of the Westinghouse Americas Operating Plants Service business unit.Â  During his tenure at Westinghouse, Brian's finance contributions were instrumental in the success of a variety of major projects, acquisitions, and even Chapter 11 reorganizations.Â  In 2007, the company was acquired by Toshiba and in the same year entered into contracts to build 10 Nuclear Reactors for customers in the US & China.Â  Those were the first new orders for US Nuclear Reactors in 25 years.Â  He has directed a finance staff of nearly 150, spanning four continents.Â Â Â Â

Brian currently resides in the Pittsburgh area and works at the Cranberry Twp. based headquarters of Westinghouse. Â  Brian is married to his beautiful wife, Tracey, and has two amazing grown children:Â  Samantha (Albuquerque, NM) and Emily (Greensburg, PA).Â  He is joined by members of his family and their spouses tonight including David and his wife Jill (Crossman) who still reside in the Erie area.Â Â