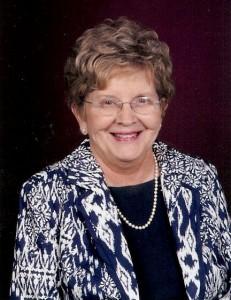 Bev (Prindle) Miller graduated third in her class from Rice Avenue Union High School in 1954. As a student she enjoyed being in band, chorus, editor of the year book and captain of the cheerleading squads. She majored in Elementary Education at the Edinboro State Teachers College where she graduated number one in her class. She began her teaching career in 1958 in the Girard School District and retired in 1998. Over the span of forty years, Bev was a substitute teacher and also taught both full-time and part-time. She was a very dedicated teacher who could often be found in her classroom at Elk Valley on Sunday afternoons preparing for the next week.

Bev has always been active in the community and has a long list of service to the community. For more than forty years, she served on the Wilcox Library Board, was a founding member and served as president of the Friends of the Library for five years; she is a founding member and past president of the West County Jayceets, the past president of the West County YMCA, was the co-chair of the Girardâ€“Lake City Needy Fund, served on the selection committee for the Battles Village Retirement Center and is a past member of the Exchange Club. Bev is also on the board of the Rice Avenue Community Public Library. When the library was constructed, she provided the funding for the children's wing of the Library. Bev was the past co-chair of the five year RAUHS class reunion, and a past member of the Exchange Club. Bev is currently a member of F.L.A.G.S. service club, a member of the Koinonia of Erie County, serves on the Dan Rice Days committee and is a life member of the Order of the Eastern Star.

Bev is also an active member of her church. She is a founding member of the Methodist Day Care Center, serves on several committees, participates in the choir and was a Sunday School teacher for twenty years. Bev was honored by the YMCA, Citizen of the year by the Chamber of Commerce, and received the Book of Golden Deeds from the Exchange Club. She married her high school sweetheart and they have three children all graduates of Girard High School.